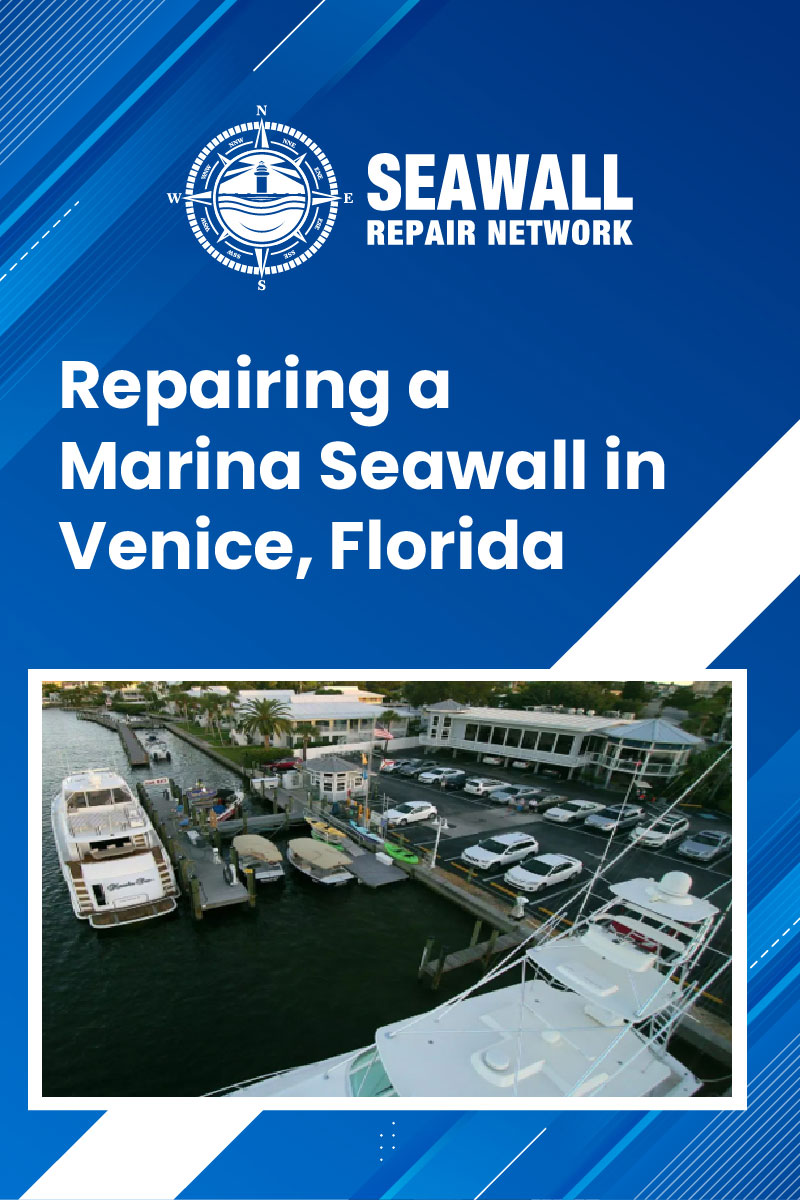 Depressions behind 655 linear feet of marina seawall, settling walkways, boardwalks, captain’s walks, voids in asphalt roadways, cracking concrete, sinking Davit blocks (boat cranes), and premature failure of infrastructure are just a few things that the Crows Nest Marina in Venice, Florida reached out to us for help with.

Helicon (of Tampa Bay/Saint Petersburg, Florida) is a Seawall Repair Network preferred marine contractor. They were called to the marina and immediately performed a comprehensive seawall assessment and overall geotechnical evaluation. Helicon’s crew examined all of the damage caused by soil erosion, soil migration, soil sheering, and void formations related to the seawall.

Helicon Seawall Specialists identified the aging seawall as the culprit of the overall infrastructure damage to the Marina. Specifically, the seawall was allowing soil in the Landward Side to Migrate into the Waterward Side of the entire Seawall Structure. Subsequent Soil Instability then resulted in damage to Ancillary Structures (i.e., roadways, concrete, davit cranes, and some of the buildings). This Marine Construction Engineering Dynamic can simply be understood as “Cause and Effect.”

Once the seawall was permanently stabilized and sealed to prevent further soil erosion, the Helicon team then addressed the remainder of the marina’s infrastructure repair needs (i.e., slab lifting, void filling under slabs, etc).

In the end, the team at Helicon was able to provide permanent solutions that were critical for the preservation of the property. And they were able to provide this service at about 70% to 80% less than the cost of replacing the damaged structures.