Click the play button for a quick review of advanced seawall repair solutions!

Has your seawall been damaged by natural forces?

Cracks in the seawall cap?

Rust stains on the surface?

Movement of the seawall?

Neglecting seawall problems can lead to serious consequences, such as… 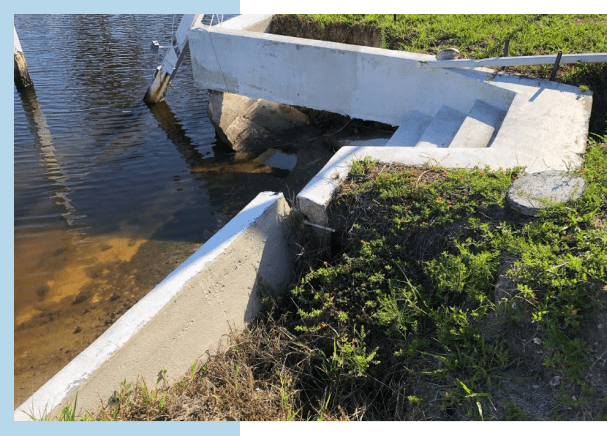 There is a direct relationship between unstable soil and structural damage to a seawall.

If unstable soil behind the seawall is not solidified with a permanent solution, complete failure is inevitable. 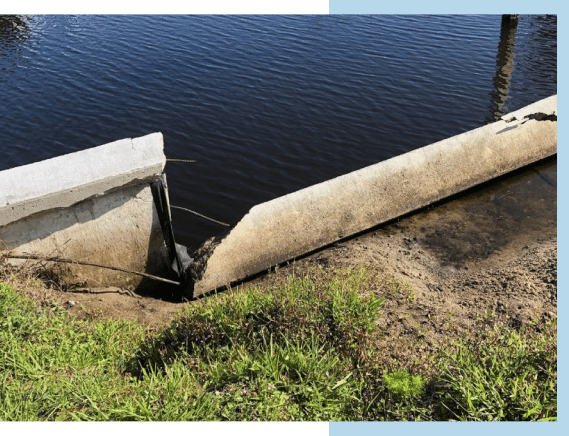 You Have Options When It Comes to Seawall Repair

The problem will grow and the longer you wait, the more expensive the seawall repair.

Rebuilding a seawall (or even a section of a seawall) can be a lot messier, time-consuming, and expensive than seawall repair.

Outdated seawall repair materials such as hydraulic cement, slurry, crushed seashells, and sodium silicate do not address the underlying soil instability that puts unsustainable pressure on the seawall. The methods are similar to putting a band-aid on an infection. The problem will simply continue to get worse until the seawall fails completely.

Get a Seawall Repair Done with Advanced Proprietary Technology

Automatically removes any future water that builds up behind seawall (Unchecked water build-up causes hydrostatic pressure which cracks and damages even the strongest seawalls.)

Retrofitted to improve on outdated and failed systems.

What to Look for in a Seawall Repair Contractor

Not All Seawall Repair Methods Are Equal

Not All Seawall Repair Companies Are the Same

Your Guide to Repair & Permanent Preservation

Let our Preferred Marine Contractors guide you to... 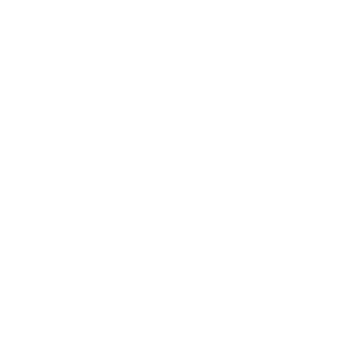 MADE IN THE U.S.A. FOR QUALITY YOU CAN COUNT ON.

Based in Atlanta, GA.

Get a Free Estimate
or
Also of Interest: